[21 November 2016, Hong Kong] Festive Korea is organized by the Consulate General of the Republic of Korea in Hong Kong and Macau. Stepping towards its 6th anniversary, Festive Korea hosts over 30 programmes including Kung Fu musical performance, fashion show, classical music, exhibitions, movies and Korean gastronomy. Festive Korea is delighted to announce that Ms. Sabrina Ho has been appointed as their Honorary Ambassador Korean Culture of Hong Kong and Macau in recognition of her support to promote Korean culture.

“I am delighted to be the Honorary Ambassador Korean Culture of Hong Kong and Macau. As an art-lover myself, I am particularly keen to support art development of the young generation. Nowadays, while Kpop is so influential, I would like to invite everyone to discover the other side of the Korean culture, such as the traditional yet innovative programmes including performances and exhibitions brought by Festive Korea this year. I am glad to be part of this cultural festival and contribute to promoting Korean cultural development in Hong Kong and Macau.” Sabrina said. 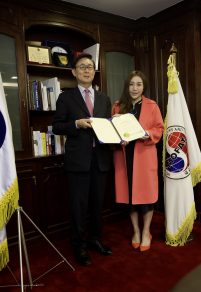 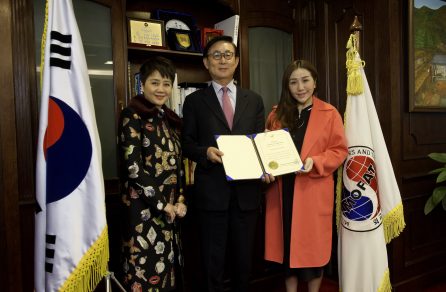