In its 6th Anniversary, this year Festive Korea’s lineup is richer and more exciting than ever! Along with many other wonderful events, Korea National Contemporary Dance Company presents its first ever show in Hong Kong namely “Bul Ssang”, Comic Martial Arts Performance – JUMP and classical concert in which renowned Korean musicians will appear alongside some of HKAPA Orchestra.

Festive Korea heightens the appreciation and enjoyment of Korean art and culture in diverse genre including contemporary dance, musical, classical and pop music, cinema and food to Hong Kong people. 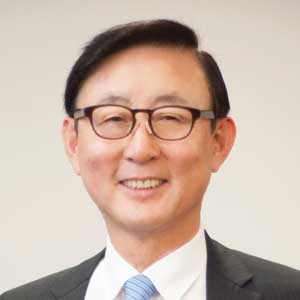 I am delighted to announce the official opening of the sixth “Festive Korea”, the Korean cultural mega festival held in Hong Kong since 2011. With the support and dedication of Hong Kong partner organizations, Festive Korea has been able to evolve and develop over the last five years and has now indeed fully established itself. Now, no one doubts the close partnership between Hong Kong and Korea not only in trade and finance, but also in culture and art. On this occasion, I would like to extend my sincere gratitude to all the participating art groups and supporting organizations which have rendered their valuable support.

I have noted with great interest the abundant cultural events taking place throughout the year in Hong Kong. I think that Hong Kong people are indeed very fortunate to be able to enjoy the different colors of culture and arts through diverse cultural festivals. I am so proud that Festive Korea is part of this rich program and is given the opportunity to contribute to the cultural diversity of Hong Kong and enhancement of cultural exchanges.

I am thrilled to see such an array of premier events on the program this year, such as the performance by the Korea National Contemporary Dance Company, Comic Martial Arts Performance “JUMP” and contemporary arts and crafts exhibition. I am also personally looking forward to unveiling to the world, the renowned Korean classical musicians with the HKAPA orchestra.

The Korean Government announced a new national brand ‘Creative Korea’ this year. Creativity, in and of itself, can be cultivated and enriched by encountering different cultures. In that sense, I look forward to this festival serving as a platform for the exchanging of two different cultures, enhancing the creativity of both Hong Kong and Korea, and enriching the lives of both peoples. Please enjoy the wonderful autumn season in Hong Kong with Korean culture. Thank you again to all the artists and organizations for contributing to the success of Festive Korea.

Korea is festive by definition for we have never seen a society so joyous simply to be. This vibrant spirit has captured the rest of the world which marvels at the resiliency and resourcefulness of the Korean to prevail over every challenge, social, political, industrial and geopolitical but not overcoming the obstacles rather improving themselves from each experience.

The Hong Kong Arts Development Council has just signed a memorandum of understanding on cultural cooperation with the Arts Council Korea in September, and the two sides have formally established a close working relationship. We look forward to further exchanges with the Korean counterparts and will jointly strive to show the cultural scene of Asia to the world!

The Government of the Hong Kong Special Administrative Region has always been a staunch supporter of cultural exchanges between Hong Kong and Korea. I look forward to broader and fuller collaboration with Korea in future

Organized by the Consulate General of the Republic of Korea, Festive Korea is one of the major cultural events in Hong Kong, fostering meaningful exchange and promoting friendship between Hong Kong and Korea.

In 2015, total audience number of Festive Korea has exceeded 1 million. With the support and dedication of Hong Kong partner organizations, Festive Korea has been able to evolve and develop over the last five years and has now indeed fully established itself.

As the event grows larger in scale over years, we welcome all kinds of partnership opportunities, including programme co-organization, media relations, venue supports, sponsorship or any proposals.

For sponsorship and collaboration proposal of the 2017 Festive Korea, please contact the Programme Development Team.